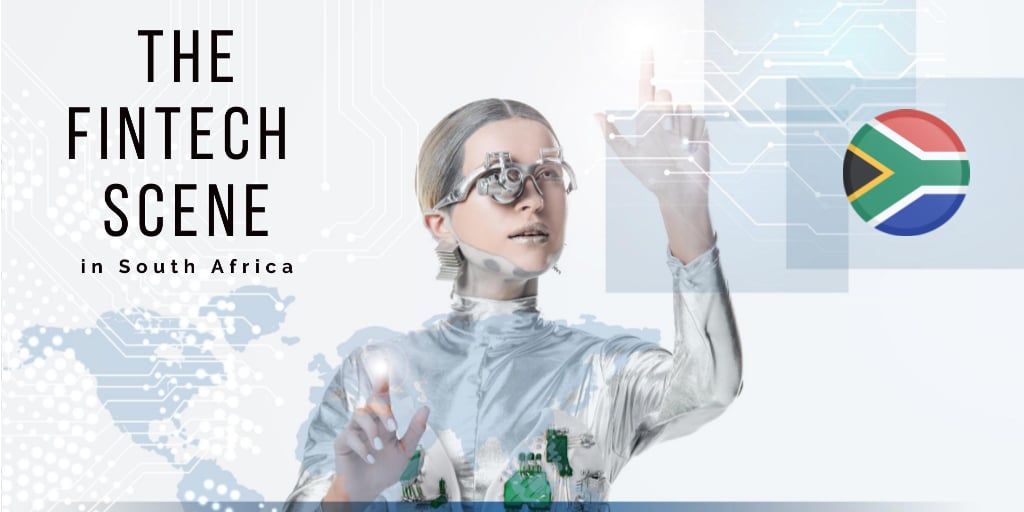 International sourcing helps with many of the challenges that modern IT organizations and software development projects currently face. Among other things, it can be used to strengthen the talent pipeline, serve as an additional supply for rare skills or competencies, and optimize the cost position of the services involved.

Given this importance to IT strategy, adorsys regularly scans for interesting sourcing and partnering markets around the world.

In 2021, FinTech is not a buzzword anymore, but rather a well-established and developed industry valued in the hundreds of billions. Despite the fact that the FinTech industry of Africa is not as mature as the ones in Europe, Asia or the US, its exponential growth has been observed over the last few years. Not only have the numbers of South African FinTechs’ top-lines grown, but so has the market perception and the sector players’ approaches, methods, product applications and the overall maturity of the market.

Here at adorsys, we have scoped the FinTech landscape of South Africa and summarized the most important and noteworthy industry trends.

Artificial Intelligence (AI) Industry is about to skyrocket

The demand for AI-powered technologies in South Africa is rising with colossal speed. There are numerous key African sectors where AI can be applied. Agriculture, healthcare, public services, and financial services are the sectors that could benefit the most. More and more businesses are expected to explore the potential of AI applications in order to improve their competitive advantage. Yet, despite being one of the major African tech hubs, the AI industry in South Africa is still far away from “AI world leaders”. Among the challenges are the lack of skilled talents (especially at the C-level), as well as relevant regulations and policies (e.g., data protection). Some degree of opposition in the society can be observed as well, mainly raising questions about the ethical use of AI, potential loss of workplaces, and more socio-economic questions, similarly to the rest of the world.

The Internet of Things (IoT) sector is becoming more mature

Similarly to the AI market, the IoT sector is also on its way to maturity. It has significantly advanced over the several past years. It quickly went from a theoretical status to the state, where IoT has already been successfully integrated into numerous B2B activities, in particular crucial areas of manufacturing, mining, healthcare, agriculture, and financial services. At this point, South Africa has left the IoT hype behind, and has shifted to take on the pragmatic view of what could and could not be done. Like the AI segment, the country is currently lacking a skilled workforce as well as an infrastructure to fully unleash the potential of IoT.

FinTech is rising in response to an increased demand

The current South African FinTech industry is dominated by the payments & remittances segment – the most mature segment, driven by the demand for easier and cheaper movement of electronic money as well as a large pool of workers needing convenient and low-cost remittance services to send money to their families abroad. FinTech is also rising in various lending types, namely consumer and business and peer-to-peer lending. As of now, offshore-based lending platforms are dominating the alternative lending market, but locally developed platforms are gaining traction and are generating the competition. The South African FinTech ecosystem is well-diversified and intriguingly has a large concentration of InvestTech and InsurTech startups – much more than the typical FinTech ecosystem has. The cryptocurrency and blockchain sectors are also not new to South Africa, which sees an increasing number of initial coin and brand-new locally incorporated cryptocurrency exchanges. The adoption of FinTech is expected to grow across all the segments of the economy, mostly driven by an increasing end-consumer demand that welcomes digital channels and cost saving.

The financial sector in South Africa is sophisticated enough to eliminate the insufficiency of available funding channels. However, the majority of FinTech startups are unable to secure funding from these channels during the early stages of operation, as they have not yet developed a stable and fault-tolerant business model nor have they scaled their business enough. Hence, they are perceived as a relatively high-risk investment. To close the funding gap, several alternative funding sources are emerging, for instance – crowdfunding. In the meantime, many South African startups are becoming eligible for governmental funding programs run by different government departments. Unsupportive regulatory and macroeconomic environments are additional reasons that hold back FinTech development in the country. Yet according to the Disrupt Africa Report on the African tech sector (2020), South Africa remains the third most attractive investment destination on the African continent (after Nigeria and Kenya), in both the total investment raised and the total number of startups with a far more than positive outlook.